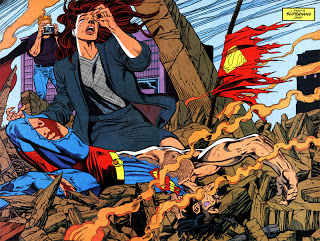 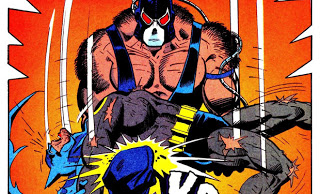 
When people talk about great comic book events, for me these two are ingrained into my memory. I'm sure they aren't the best, or the greatest, but so many comics, music, movies that stick with you over the years are so dependent on the time of life you experienced them. This made me wonder.  Are these "major" events as powerful anymore? Will children now be talking in 20 years about the death of Professor X? As I’ve talked about in the past, I don't read many Marvel or DC super hero books these days, about 8 total on a monthly basis. But this doesn’t change the power and impact they had on me growing up. I have so much love for these characters and wonder if that same love is being fostered in youth of today. I don’t have an answer but I wonder if children will find that same power in modern comics, or if the magic and naïveté of my youth is lost on the iPad generation.
Posted by Aaron at 6:12 AM